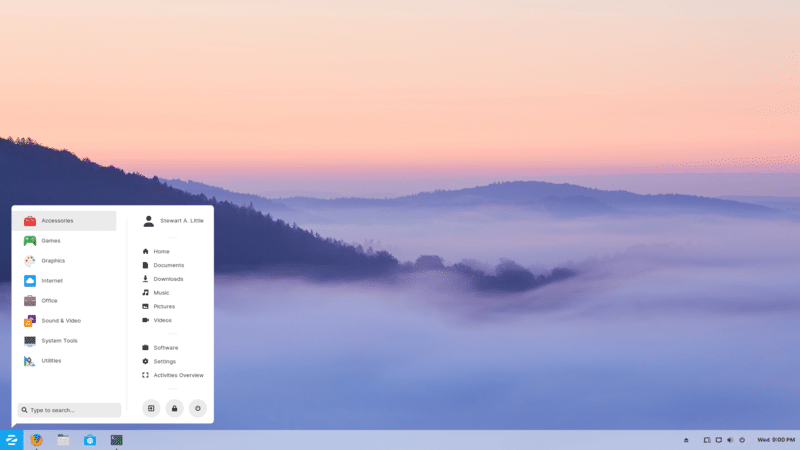 Promising to be the “most advanced release ever,” Zorin OS 16 is based on Ubuntu 20.04 LTS (Focal Fossa) and features a revamped look and feel to make the transition from Windows to Linux easier and more enjoyable, as the main goal of Zorin OS remains to be the number one MS Windows alternative for Linux newcomers.

New features at a glance:

The new look of Zorin OS 16 consists of a new theme that’s easier on the eyes and features beautiful animations, new artwork and wallpapers, as well as revamped lock screen that features a blurred version of the desktop background.

On top of that, Zorin OS 16 introduces multi-touch touchpad gestures and a more customizable taskbar with new settings for moving the panel to all four of the screen, change panel’s size and transparency, support multi-monitor setups, show, hide and move the panel’s buttons and indicators, and much more.

To make it even easier for Linux newcomers to familiarize themselves with the Linux desktop, Zorin OS 16 introduces a new Windows 10X-like desktop layout and a new Zorin OS Tour app that welcomes you the first time you boot your new Zorin OS computer.

“We’re introducing an all-new desktop layout in Zorin Appearance which resembles the default interface in Windows 10X. It features a modern and streamlined UI that adapts well to computers with touchpads, mice, or touchscreens,” said the Zorin OS devs.

Under the hood, Zorin OS 16 brings updated GNU/Linux technologies and a newer kernel, Linux 5.8, to make the whole system faster and smoother. The upcoming release also brings support for Flatpak apps by integrating the Flathub repository, in addition, to support for Snap apps, AppImage apps, and Windows apps (through Wine).

If you want to get an early taste of these new features and improvements, you can download the Zorin OS 16 Beta release right now from the official website. However, please try to keep in mind that this is a pre-release version, not suitable for production use yet.

previous
LXQt 0.17.0 Desktop Environment Released
next
EndeavourOS Linux Has a New ISO Release
GET IN TOUCH