What is the difference between FTP and SFTP ?

In general, there are two basic protocols for file transfer in the network world. These are FTP and SFTP protocols. The FTP protocol, which is derived from the File Transfer Protocol, is used to transfer files from one host to another or from a server to a client. The TFP protocol is a TCP protocol with port number 21.

For example, you use this protocol when you upload your files to an upload center. The point here is that file transfer on the FTP protocol platform is not secure at all, and there are no secure and encrypted channels. The SFTP protocol is used to solve this problem.

Summary of the differences between FTP and SFTP protocols 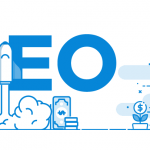 What is SEO ?SEO
We use cookies to ensure that we give you the best experience on our website. If you continue to use this site we will assume that you agree our Privacy Policy