VMware released the new versions of its cloud key components

VMware introduced new versions of its NSX-T and vRealize Network Insight software. According to the announcement, VMware gained even higher levels of automation and insight for networking functions that span services from Layer 2 switching all the way to Layer 7 application firewall, load balancing, and IDS/IPS filtering. The company also announced that the number of Virtual Cloud Network customers now reached 15,000.

NSX-T 3.0 simplifies the consumption of networking and security constructs. It comes with the support for public clouds with VMware NSX Cloud support for AWS GovCloud and Azure Government. At the security side, a distributed IDS solution added to NSX-T 3.0’s service-defined firewall for protecting east-west traffic in the data center. It enables admins to deploy NSX-T directly on VMware vSphere Distributed Switch 7.0.

“Our Virtual Cloud Network solution is helping our customers provide the public cloud experience on-premise, removing the inefficient IT ticket requests and long waits for networking and security changes.

Across private, public and Telco clouds, and from the data center to the branch office, the Virtual Cloud Network has simplified networking, and saved customers time and money.

According to Sanjay Uppal, senior VP and general manager of VMware’s VeloCloud business unit, vRealize Network Insight 5.2, provides end-to-end visibility across the network, from LAN and WAN to the data center.

Besides, NSX-T 3.0 integrated with enhancements in VMware vRealize Network Insight 5.2 to deliver comprehensive end-to-end network visibility and flow-based application discovery. With these changes and improvements in NSX-T 3.0, VMware aims to expand the breadth and depth of NSX-T use cases across cloud-scale networking, modern container-based applications.

It is expected that VMware vRealize Network Insight 5.2 will be available before May 1. VMware NSX-T 3.0 is available. 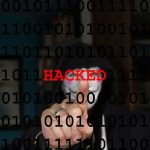 Data of 600,000 Email.it’s users are selling on the Dark WebNews, security

7 best Linux mail serversLinux, Software
We use cookies to ensure that we give you the best experience on our website. If you continue to use this site we will assume that you agree our Privacy Policy