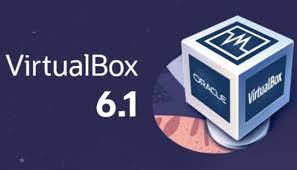 Three months in the works, VirtualBox 6.1.20 is here to introduce support for the latest and greatest Linux 5.11 kernel series for both hosts and guests. This means that you’ll now be able to install VirtualBox on GNU/Linux distributions powered by Linux kernel 5.11, as well as to run Linux 5.11-based distros in virtual machines. Initial support for the upcoming Linux 5.12 kernel series is included as well in this release.

On top of that, this release improves support for the CentOS Stream operating system, as well as for the upcoming Red Hat Enterprise Linux 8.4 operating system release by making sure the kernel module is correctly built, increases the maximum MTU size to 16110 for host-only adapters on systems running Linux kernel 4.10 or later, and fixes the compilation of the vboxvideo module for the Linux 5.10 LTS kernel series.

Of course, VirtualBox 6.1.20 also includes numerous other improvements to make your virtualization experience better and more reliable. For example, it adds cloud-init support for OCI export and OCI instance creation, improves compatibility of the e1000 driver, allows changing of network adapter attachments of a saved virtual machine with the modifyvm command, and adds multiple audio fixes and enhancements.

It also resolves extremely poor virtual machine performance depending on the timing of certain actions, guest OS hanging issues under certain circumstances when Hyper-V is present, a “Guru Meditation” error that occurred when using a nested hypervisor, as well as link status reporting for “not attached” network adapters.

Also fixed are the GUI checks for port forwarding rules to no longer reject IPv6 with “Nat Network,” a DHCP crash that occurred when fixed address assignments were present, a possible virtual machine hang when using the serial port in disconnected mode, and interoperability issues with v4l2loopback.

Check out the full changelog for all the details and download VirtualBox 6.1.20 right now from the official website, where you’ll find binaries for various popular GNU/Linux distributions, as well as a generic, universal binary that you can install on virtually any distro.