Veeam to be acquired by Insight Partners in $5 billion deal

Veeam has always been a green company – in terms of its branding and UI at least – and now the Swiss cloud backup and data management provider is getting its Green Card.

Software investor Insight Partners announced it is set to acquire Veeam in a transaction valued at $5 billion (£3.84bn), with Veeam becoming a US-based company with a US leadership team.

Veeam focuses on what it describes as a ‘single platform for cloud, virtual and physical’; integrating cloud backup and disaster recovery, orchestration, mobility, monitoring and analytics. The company has found leadership roles in Gartner’s Magic Quadrant for data centre backup and recovery solutions on three occasions, with Insight Partners boasting Veeam as ‘the clear market leader’, with more than $1 billion claimed in annual sales and more than 365,000 global customers.

William H. Largent, previously executive vice president operations, is promoted to CEO as part of the acquisition. “Veeam has enjoyed rapid global growth over the last decade and we see tremendous opportunity for future growth, particularly in the US market,” said Largent in a statement. “Veeam has one of the highest calibre global workforces of any technology company, and we believe this acquisition will allow us to scale our team and technology at an unrivalled pace.”

The comment around US expansion is an interesting one, as many will recognise Veeam as a European stronghold offering differentiation through choice and simplicity – and partnering with US companies to help them cross the chasm for European customers. CloudTech spoke with David Friend, CEO of storage provider Wasabi Technologies, in August as the company was in Europe having just announced partnership agreements. Veeam was one of the first partners.

It has been a busy – and expensive – week for Insight. Earlier the company confirmed it was buying Armis for $1.1bn in what was claimed as the largest enterprise Internet of Things (IoT) cybersecurity transaction.

The acquisition is expected to close in the first quarter of 2020.

“Veeam’s platform is the most advanced and complete data management solution available to businesses requiring a seamless blend of data backup and recovery, data protection, data security and data availability,” said Insight Partners managing director Mike Triplett in a statement. “We are committed to supporting Veeam’s next phase of leadership and growth in the United States, continued market-share leadership position in EMEA and continued global expansion.” 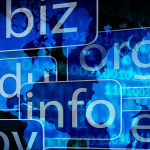 .Quest A New Domain Extensions Coming from XYZ in 2020News 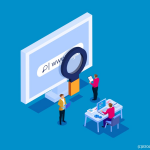 Onecloud.com domain up for sale !domain, News
We use cookies to ensure that we give you the best experience on our website. If you continue to use this site we will assume that you agree our Privacy Policy