Security release WordPress 5.4.1 is out!

WordPress has released WordPress 5.4.1 which comes with 17 bug fixes in addition to 7 security fixes. The next major release will be version 5.5.

WordPress team introduced WordPress 5.4.1 which is a short-cycle security and maintenance release. It features 17 bug fixes in addition to 7 security fixes. According to the announcement, all versions since WordPress 3.7 have also been updated. The next major release will be version 5.5.

WordPress 5.4.1 can be downloaded from WordPress.org or users can visit dashboards and updates. Sites that support automatic background updates have already started the update process. Seven security issues affect WordPress 5.4 and earlier versions:

READ ALSO HERE :  How to Install WordPress with Nginx on Debian and Ubuntu in 20 steps

In addition to these fixes, an authenticated XSS issue in the block editor was discovered by Nguyen the Duc in WordPress 5.4 RC1 and RC2. It was fixed in 5.4 RC5. 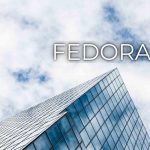 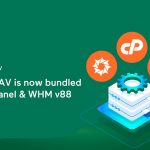 ImunifyAV becomes the default antivirus solution of cPanel & WHM v88Cpanel, Hosting, News, Software
We use cookies to ensure that we give you the best experience on our website. If you continue to use this site we will assume that you agree our Privacy Policy