OpenShift Virtualization is included with Red Hat OpenShift Container Platform. OpenShift Virtualization allows users to develop, deploy, and manage applications consisting of VMs alongside containers and serverless functions, all in one modern Kubernetes platform. According to the announcement, when VMs are migrated to and managed by Red Hat OpenShift, they can be containerized over time, or be maintained as virtual machines.

Thus users will be able to develop and deliver hybrid applications built on containers and VMs to run on the same platform.

The administrator only provides credentials to a vSphere deployment with the full-stack automation. Then the installer provisions all needed resources for a faster initial setup experience and easier ongoing management and maintenance. Ashesh Badani, senior vice president, Cloud Platforms, Red Hat said,

“Since its creation, we have worked to make Red Hat OpenShift a platform that enables customers to embrace cloud-native approaches while also supporting existing traditional applications. Red Hat OpenShift continues to forge this path by bringing virtualization to Kubernetes without dragging Kubernetes back to legacy virtualization infrastructure. With OpenShift, our customers can progress their infrastructure forward to take advantage of cloud-native advances without neglecting past infrastructure investments.” 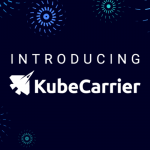 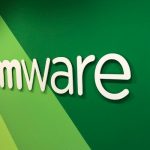 VMware decides to unlock the power of Kubernetes on vSphereCloud, News, Software
We use cookies to ensure that we give you the best experience on our website. If you continue to use this site we will assume that you agree our Privacy Policy