Red Hat announced a new update to Red Hat Enterprise Linux (RHEL) 7. 7.8 is the first version in the 7.x series to enter the product’s maintenance phase.

Red Hat Enterprise released Red Hat Enterprise Linux (RHEL) 7.8 which comes with many updates. With this latest release, RHEL 7 is now in maintenance support and will no longer receive newer versions of container tools. According to the announcement, users who need access to the latest versions of Podman, Buildah and Skopeo, should move to RHEL 8 where the container-tools module is updated once a quarter.

Rootless containers are now generally available and fully supported in RHEL Server and RHEL Workstation. In addition to this, this latest release has major updates to container tools: Podman 1.6.4, Buildah 1.11.6 and Skopeo 0.1.41. Another important change is the updated container images. Here are some of the new features: 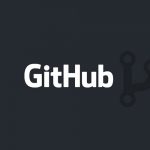 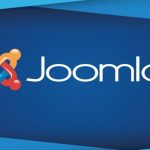 Joomla resources directory portal data breachedsecurity, Software
We use cookies to ensure that we give you the best experience on our website. If you continue to use this site we will assume that you agree our Privacy Policy