OpenStack announced the release of its 22nd version of its cloud infrastructure software. The latest version, Victoria, brings additional Kubernetes integration, diverse architectures support, and solutions for complex networking issues. For the release, OpenStack received over 20,000 code changes by 794 developers from 160 different organizations and over 45 countries.

BLOG
Follow Us on.
Dade2 Ltd © 2020
The New version of SystemRescue has been releasedSoftware 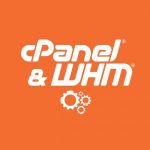 cPanel & WHM Version 92 released to current tierCpanel, Hosting, Software
We use cookies to ensure that we give you the best experience on our website. If you continue to use this site we will assume that you agree our Privacy Policy