NGINX has been investing in building out more Ansible roles and collections over the last five years. Now, the company launched the NGINX Core Collection for Ansible.

Ansible enables NGINX users to quickly automate repetitive tasks across the app lifecycle. Therefore, NGINX has made a major investment in building out more Ansible roles and collections over the last five years.

Let’s have a look at the detail of NGINX’s Ansible history. In 2015, they published a blog describing how to create Ansible playbooks for installing NGINX and NGINX Plus. 2 years later, they launched its two first Ansible roles which separately performed the basic installation of NGINX and NGINX Plus.

In 2018, NGINX unified the two initial roles into a single nginx role to install both NGINX and NGINX Plus. In addition to this, the company enhanced the nginx role to configure NGINX, install NGINX Unit, and install NGINX Amplify. This year, NGINX released 16 new roles and a certified collection for NGINX Controller. They started the nginx_app_protect role to install and configure their new security solution, NGINX App Protect while releasing a second certified collection, NGINX Core.

Due to the feedback, the company decided to split up the nginx role into three separate roles to enable greater flexibility and speed:

To install the NGINX Core collection, you can run the command:

Then you can then start using the collection’s roles in your playbooks by running the command:

The NGINX Core collection includes a series of playbooks that cover many use cases. It is also possible to check the playbooks included in each role’s molecule directory to find up-to-date working examples for each role.

If you are an NGINX Open Source user, and used to manage NGINX Plus directly, also want to configure NGINX App Protect, or don’t use NGINX Controller, NGINX Core is convenient for you. If you are an NGINX Controller subscriber, you can choose NGINX Controller. Ansible Automation Platform subscribers can access certified NGINX collections on Ansible Automation Hub (in the nginxinc namespace). Alternatively, it is possible to find the upstream, community versions of NGINX’s roles and collections on Ansible Galaxy. 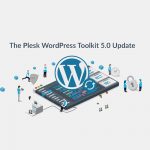 The Plesk WordPress Toolkit 5.0 has been released !Software, wordpress 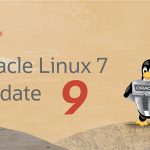