Arriving more than five months after LXQt 0.16.0, the LXQt 0.17.0 release is here to add an option to the Panel to make it act as a dock by automatically hiding itself when it overlaps a window, add full support for file creation times in the file manager, as well as to add support for non-LXQt apps to save their last settings when the session is terminated.

Also improved in this release are the QTerminal terminal emulator, which now features five modes for background images and a new option to disable bracketed paste mode, the LXImage Qt image viewer, which features thumbnail options in the Preferences dialog, as well as the LXQt Archiver archive manger, which can now open or extract disk images, remembers window settings, and offers a horizontally scrollable side-pane.

Among other noteworthy changes included in LXQt 0.17.0, there’s the addition of the XTerm terminal emulator as a runtime dependency, support for handling notification summary as plain-text, and a fix for a crash that occurred when displaying Qps’ window if the app is started minimized to systray.

Of course, there are various other small enhancements and bug fixes to make LXQt more stable and reliable. LXQt 0.17.0 is available for download as a source tarball from GitHub for Linux OS integrators, and it’s coming soon in the stable software repositories of various popular distributions in the coming days for everyone else. 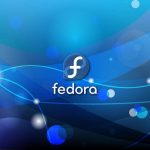 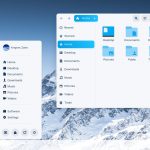