Linux Torvalds announced the general availability for Linux 5.7 in an email shared in the Linux Kernel Mailing List.

Linux Torvalds announced the availability of Linux 5.7 with an email he has sent to the Linux Kernel Mailing List. He also stated that there are a lot of changes in the latest release and he also noted that “almost 14 thousand non-merge commits all over, from close to two thousand developers” in his email. Linux Kernel 5.7 can be downloaded from kernel.org website at the moment or you can wait for the Linux Kernel 5.7.1 version to be released.

Linux 5.7 supports AMD Ryzen 400 graphics and Intel Tiger Lake graphics. It also supports Qualcomm Snapdragon 865. New ARM devices, such as Pine Tab, PineBook Pro and others, are also supported. One of the most important new features in the Linux 5.7 is the new exFAT file system driver, which is maintained by Samsung. Zstd compression for the F2FS file system is also introduced in the latest version. 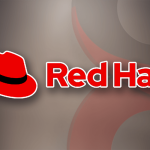 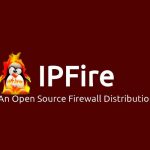 Large update for IPFire Free firewallNews, security, Software
We use cookies to ensure that we give you the best experience on our website. If you continue to use this site we will assume that you agree our Privacy Policy