The Kali team announced the release of Kali Linux 2020.4. The latest version is now available for download or updating.

Kali Linux 2020.4 is released and ready for download. In the latest version, the Kali team switched from Bash to ZSH as its default shell. For the next releases, ZSH will be the default shell for its desktop images (amd64/i386) and cloud. The Kali team also announced that for other platforms, such as ARM, containers, NetHunter, and WSL, Kali still uses Bash but plans to switch to ZSH in the later versions. Users can switch to ZSH by simply applying the default zshrc file.

The Kali team also updated the Bash prompt to make it feel similar to its ZSH prompt. The first changes in the Bash prompt were made in the previous release, changing for non-root users, from red to blue.

Kali Linux has been on AWS since 1.0.6. In Kali 2020.2, the team introduces a fully automated system in place. During the changeover, they decided to ship the image without any GUI or any tools by default, to give the cleanest, smallest image as possible. However, in the 2020.4 version, the team has created a new metapackage, “kali-linux-headless”, and included it which only has the default set of command-line tools. The team also worked with AWS to get Kali Linux added to “GovCloud”.

The latest version also brings new tools and updates. The kernel is upgraded to the 5.9 version. Kali also switched to “proxychains4” as the default. GNOME is also updated to 3.38 and KDE to 5.19. The team also announced that they are producing a VMware Vagrant image.

If you want to download VM or ARM alternatives, go to Kali Linux Downloads page. 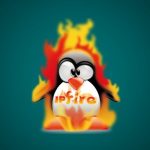 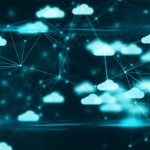 Cloud computing trends in 2021Dade2
We use cookies to ensure that we give you the best experience on our website. If you continue to use this site we will assume that you agree our Privacy Policy