Get to Know the top PHP frameworks

Several PHP frameworks allow developing web applications. If you are having difficulties choosing the ideal PHP Framework, let’s take a deeper look into the best frameworks.

What is PHP Framework?

PHP (recursive acronym for PHP: Hypertext Preprocessor) is a widely-used open source general-purpose scripting language that is especially suited for web development and can be embedded into HTML. It is used for building dynamic websites and applications. A PHP Framework is a basic platform that allows us to develop web applications using PHP.

The term “frameworks” means libraries of several functions. It provides a foundation to allow users to develop projects more efficiently and effectively. Instead of coding from the scratch, frameworks offer a lot of functions that may be needed. Briefly, a PHP Framework is a platform that provides code libraries for the most popular functions, so you don’t have to code them from the ground up while you are creating web applications.

What is the benefits of PHP Frameworks?

Most developers are using PHP frameworks because they make things easier, faster, and safer. So let’s take a look at the benefits of PHP Frameworks.

With PHP frameworks’ offerings, developers can complete the project with fewer codes, which not only makes things faster but also makes it easier to spot bugs and makes the codes looks simple and nice.

Instead of writing your own functions for popular tasks, using the ones provided by the PHP frameworks allows all the developers in the project to use the same libraries for the common tasks.

PHP frameworks lower the chance of getting hacked. Instead of coding every part of your web application, getting it from a PHP framework, which is used by thousands of web developers around the world is much safer, most of the time. Most frameworks also offer data sanitization and defense against common threats.

PHP frameworks organize the codes, resulting in a leaner codebase, which requires less maintenance. It also promotes “Don’t Repeat Yourself” development and refactoring of code.

There are dozens of PHP frameworks to choose from, and each comes with excellent features to create quality PHP code. Here are the top PHP frameworks in 2020 / 2021 for web development.

Laravel Framework is an open-source PHP framework that uses its own templating language, Blade. It follows the MVC (Model-View-Controller) model allowing developers to handle coding tasks easy, simple, and well-documented. It uses the Eloquent ORM, an object-relational mapper, allowing developers to define models and relationships in PHP which is translated and executed as SQL.

With great documentation and a large community, Laravel is one of the best options for beginners. Its easy to learn syntax makes it the most popular PHP framework among developers. It also allows deploying to the most popular cloud providers. Laravel includes most of the features that can be needed for advanced applications. Additionally, users can also install a variety of packages and applications if they need more features.

CodeIgniter Framework also follows the MWC model and it is known for its speed. The framework has a very small footprint, around 2 MB including the documentation. CodeIgniter provides caching, support for multiple databases, routing, and other features that are very common in web applications.

With fast loading times and the requirement for less optimization, it has great performance. It also provides the flexibility to code non-MVC applications too. CodeIgniter also comes with a defense against CSRF and XSS attacks. The URLs generated by CodeIgniter are cleaner and more search-friendly than other frameworks’. CodeIgniter is ideal for applications that need a fast development process and security.

Symfony Framework, launched in 2005, is one of the oldest PHP frameworks on our list and it also has an MVC architecture. It is a very reliable platform that allows developers to add additional modules. Symfony’s modular component system provides extra flexibility, allowing developers to choose the components that they need for the project. It also supports most databases, including Drizzle, MySQL, Oracle, PostgreSQL, SAP Sybase SQL Anywhere, SQLite, and SQLServer.

Unlike most other frameworks, it has commercial backing from Sensio Labs, which means it also provides professional support. Its well-designed codebase allows developers to write codes in fewer lines, which makes applications faster and work smoothly. Symfony is ideal for large-scale projects and it’s also easy to install and be configured on most platforms. Symfony is ideal for complex websites.

Zend Framework is no longer supported but it is transitioned to the Laminas Project. The Laminas Project includes 3 parts, Laminas Components and MVC, Mezzio, and Laminas API Tools. It is also one of the oldest frameworks in the list and one of the most popular PHP framework used by enterprises.

Zend is based on Middleware or MVC and follows the PHP Framework Interop Group (PHP-FIG) standards. It allows its codes to be ported to other frameworks. It also allows adding components. It stores passwords using bcrypt, encrypted with AES-256. It features a drag-and-drop editor, codding and online debugging tools, and a scalable interface, however, it is also accepted as one of the most difficult frameworks to learn.

The word “Yii” means “simple and evolutionary in Chinese and it also stands for “Yes, It is!“. Launched in 2008, Yii Framework offers a very easy installation process. Its class code generator, Gii makes it easier for developers to generate the desired code easily during the object-oriented programming process. Gii also offers automated CRUD generation.

CakePHP provides a simple and elegant toolkit, thus, it is one of the best frameworks for new beginners. It also uses pre-written codes to save a lot of time. It also follows the MVC model and its codebase is audited by the Mozilla Secure Open Source program. It also comes with its own inbuilt ORM.

FuelPHP mainly focuses on security. It uses URI, Input, and XSS filtering, CSRF protection, and output encoding making it a perfect fit for web-based solutions of various sizes and complexities. It also allows developers to choose which file and folder structure for the project that they are working on. FuelPHP also comes with FuelPHP ORM. 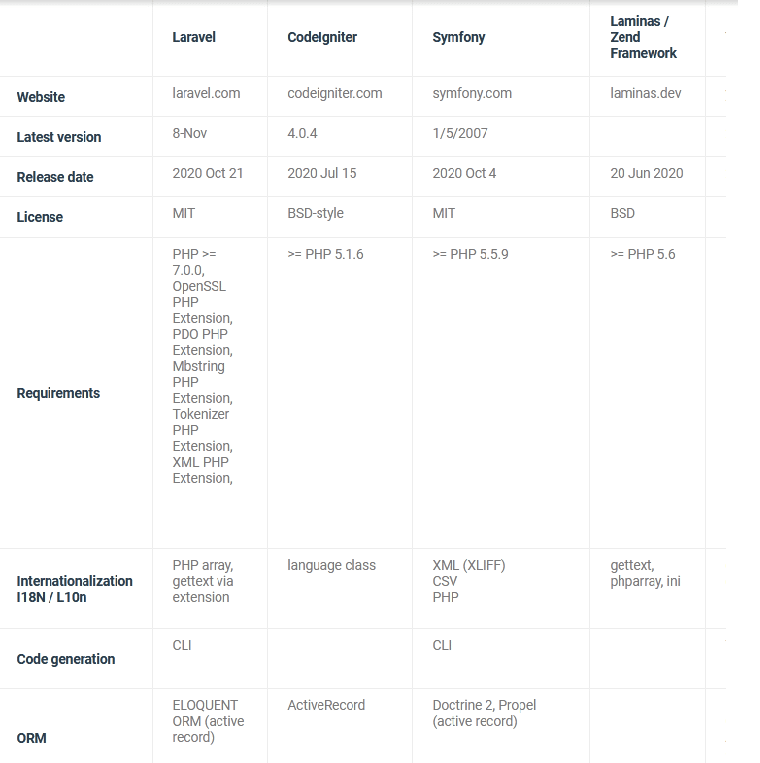 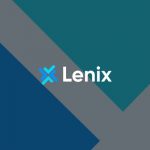 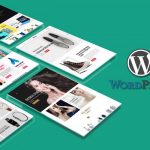 How to choose the best WordPress theme?News, Software, wordpress
We use cookies to ensure that we give you the best experience on our website. If you continue to use this site we will assume that you agree our Privacy Policy