The Fedora team announced the latest release, Fedora 34, the results of the hard work of thousands of contributors to the Fedora Project.

The Fedora team announced the release of Fedora Linux 34. The latest release comes with a new logo, which solves a lot of the technical problems with the old one. You can download the latest version from Fedora’s official website. Fedora is also holding a virtual release party on April 30 and May 1.

The release features GNOME 40 that brings various improvements to navigation whether you use a trackpad, a keyboard, or a mouse. The app grid and settings are also redesigned to make the interaction more intuitive.

The Fedora team also stated that Fedora CoreOS is an emerging Fedora Edition, which is an automatically updating, minimal operating system designed for running containerized workloads securely and at scale. Its update streams can be followed for automatic updates that occur roughly every two weeks. The Fedora team announced that the next stream is based on Fedora Linux 34.

The Fedora team updated key programming language and system library packages, including Ruby 3.0 and Golang 1.16. In Fedora KDE Plasma, and have switched to Wayland as the default. Fedora 34 also introduces transparent compression on BTRFS filesystems. 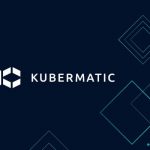 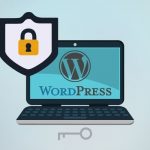 How to secure a WordPress siteNews, wordpress