The Fedora Project announced the availability of a beta release for their upcoming Fedora 33 release. Fedora 33 Beta is available and ready to be downloaded.

As The Fedora Project plans their new release at the end of October this year, Fedora 33 gets its beta release for its many flavours. This means, like most of the beta versions, a release is imminent and most of the things in the upcoming release are ready to be tested by the public.

This pre-release edition of Fedora 33 can be downloaded through Fedora Project’s own web site for Workstation, Server, and IoT versions. You can visit https://getfedora.org and download the version or versions you intend to test before the actual full release.

New Fedora version changes the foundations of the whole OS, replacing the previous default filesystem with BTRFS. The new filesystem offers copy-on-write and transparent compression as well as many other features that would attract users.

Fedora 33 also refreshes the desktop with GNOME 3.38 version that includes performance and stability updates to Gnome desktop. This version also walks you through the features of your new desktop. Fedora 33 also comes with a nano text editor as default, which you might later switch to your favourites like vim or emacs.

Fedora 33 also drops older versions of Python, Python 2.6 and Python 3.4. The httpd module mod_php is also dropped in favour of php-fpm, which is deemed to be more secure and offers a performance boost over mod_php. 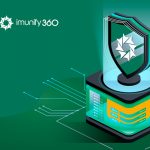 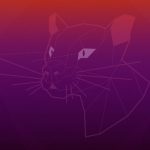 Ubuntu 20.10 (Groovy Gorilla) Beta ISOs are ready to downloadLinux, News, Software
We use cookies to ensure that we give you the best experience on our website. If you continue to use this site we will assume that you agree our Privacy Policy