MX Linux is a midweight Linux operating system based on Debian stable and using core antiX components, with additional software created or packaged by the MX community.

If you are looking for a Desktop Linux distribution that is simple yet different, reliable and runs well on legacy hardware, then MX Linux is a good choice. MX Linux is a cooperative venture between the antiX and former MEPIS Linux communities (hence the name MX).

MX Linux is based on Debian Stable, and it’s configured around the XFCE desktop environment. While that isn’t super lightweight, it will work fairly well on moderate hardware. … The elegant default configuration makes MX Linux feel modern, and it makes MX simpler to use.

For an MX Linux system installed on a hard drive, you would normally need the following
components. 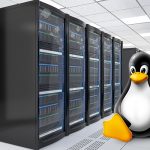 Best Linux server distrosSoftware
We use cookies to ensure that we give you the best experience on our website. If you continue to use this site we will assume that you agree our Privacy Policy