Cloud Hosting vs VPS Hosting: which one is better ? what is Difference

The misinterpretation about the technological difference between Cloud Hosting vs VPS Hosting in the web hosting industry is becoming quite a rumor now.

Most of the people generally tend to misread the basic difference between the two. This is due to the lack of awareness about the differentiating factors of these two web hosting technologies.

With the advent of virtualization and remote operations, there is a considerable increase in most of the established organizations and even startups opting for similar solutions to host their websites.

They no more need to own a physical architecture (a CPU with the certain specifications of processor, RAM, and storage), an operating system, on top of this hardware, and then the particular web application (like WordPress, Magento, Drupal, Joomla, and many more etc.) on which website is to be hosted.

And, that’s not it! Further, this arrangement will require efficient and redundant power supplies and periodic maintenance to ensure the server is up and running at all times.

The basic concept remains the same in both of the technologies. However, reliability, flexibility, and availability have been some major separating indicators between the two.

What Is VPS Hosting ?

The architecture is one which has multiple individual dedicated slots on the same virtual machine. Each slot can be assigned to dedicated resources. Nonetheless, the technology generally works on a time-shared or resource-shared phenomenon.

One of the major disadvantages that are stopping the VPS hosting industry to reach to the next level is its vulnerability that can cause a particular slot or resource go down in any crash scenario and the application or website on that particular space will be unavailable with no redundant online availability unless and until the issue is fixed.

However, the rest of the applications on different slots will be up and running without any disruption in service.

But, there remains a possibility, although in exceptional cases, where a major trouble hitting a certain slot, such as unexpectedly excessive traffic on a random day or DDoS (Distributed Denial of Service) attack, can cause the entire machine and the subsequent applications to go down as all the resources belong to the same machine.

However, VPS hosting does have some useful benfit as it brings the margin closer between the dedicated and shared hosting solutions.

What Is Cloud Hosting?

Cloud hosting is the top-of-the-line website (or application) hosting solution available presently. The technology has already achieved a tremendous level of acceptance in a short period of time.

This simultaneous allocation of equal resources on the cloud servers in the cluster provides a great deal of reliability. For example, if one of the machines malfunctions, it will not cause failure or disruption in the entire hosting service.

Which Server to Choose? Cloud Hosting vs VPS Hosting

VPS hosting is generally less efficient since it allocates a specified amount of computing resources to each client. Hence, if the requirement increases, the system would not be able to handle the additional inflow. It will simply crash. Same would be the case if the server malfunctions.

Cloud hosting, on the other hand, tackles the increase differently. Under the cloud environment, the website is hosted on a pool of unified computing resources. This simply means that if one server is reaching its optimum level, then a second server is ready to function. Similarly, if a server fails, the website will still be running as other servers will continue to serve the incoming traffic.

If you want reliability and powerful functionality, then Cloud hosting is a great choice. The recent price slashes in cloud infrastructure from Amazon and the likes shows that the market has immense growth potential. Furthermore, it shows that cloud hosting is getting affordable too.

VPS is made for people who are interested in hosting just a website. While it is powerful, VPS does not guarantee uptime should your website fails due to high traffic or a technical glitch.

The comparison below shows the differences in both the infrastructure.

Why Cloud Hosting Stands out as the Best Hosting Solution?

The cloud-based hosting, however, is more stable as there will not be any effect on performance when a part of the component goes down as it is decentralized.

In the Cloud, there is an option to integrate additional resources if needed. RAM, disc space, or bandwidth, etc., can be added with few clicks and dismissed when no longer needed without financial loss. Thus, Cloud hosting can also be defined as a web hosting solution that provides resources on demand. It is dynamically scalable and customizable according to the needs of the customer. No large investments are required. Unnecessary resources can be removed without any cancellation or further fees. 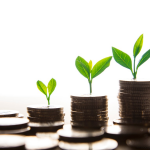 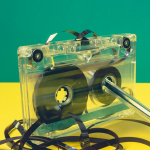 The True Cost of DowntimeDade2, enterprise cloud
We use cookies to ensure that we give you the best experience on our website. If you continue to use this site we will assume that you agree our Privacy Policy