Attackers use Dockers images for cryptojacking

Palo Alto Networks’ Unit 42 threat intelligence team said that the purpose of these Docker images is to make money by deploying a cryptocurrency miner using Docker containers and leveraging the Docker Hub repository to distribute these images.

A malicious Docker Hub account, azurenql, active since October 2019 has been identified by Palo Alto Networks’ Unit 42 threat intelligence team. This Docker Hub account was hosting six malicious images intended to mine the cryptocurrency, Monero. The attacker used a Python script to trigger the cryptojacking operation and took advantage of network anonymizing tools such as ProxyChains and Tor to evade network detection. The top image was pulled more than 1.47 million times.

Docker servers are also in danger

They analyzed XOR DDoS and Kaiji malwares and shared details about them. They recommend for securing servers: 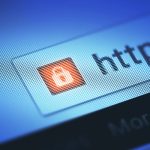 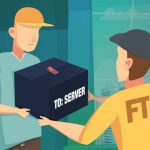 What is the difference between FTP and SFTP ?Linux, Software
We use cookies to ensure that we give you the best experience on our website. If you continue to use this site we will assume that you agree our Privacy Policy